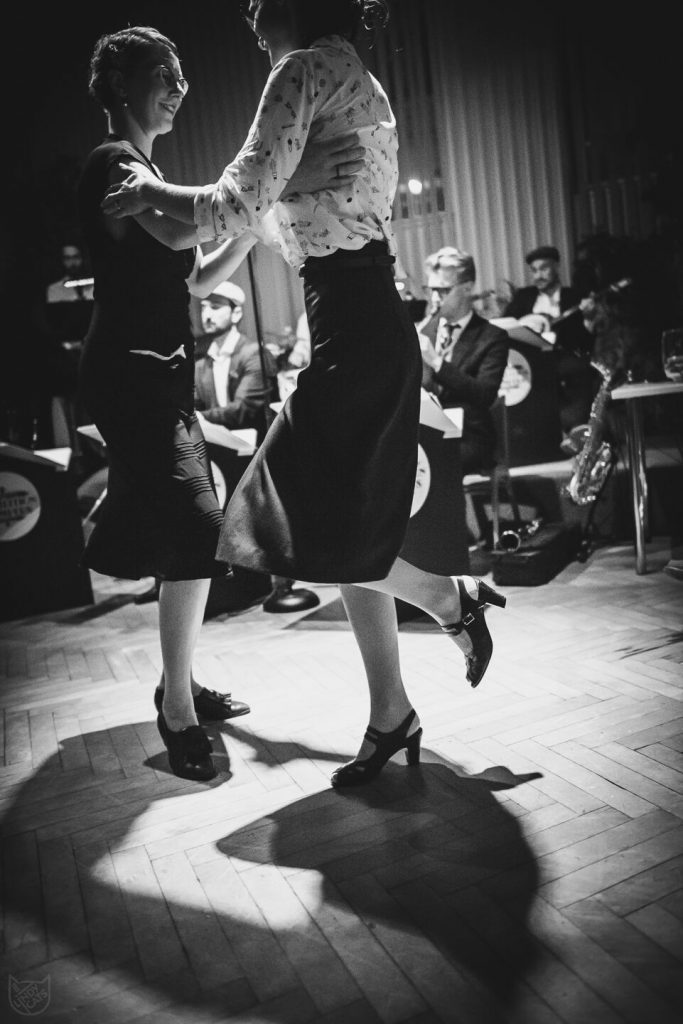 This is for (swing) dance teachers or other people interested in the ELEF concept – although it is clearly not my invention (the credit goes to Kara Britt and Randy Maestretti: thank you very much for coming up with it!) I get the same questions over and over and therefore decided to write my answers down here… If you still have questions after that I am always happy to discuss!

‘ELEF’ means Everybody Leads Everybody Follows and I teach my classes this way since 2014 since it brings so many benefits. But unfortunately most people are afraid of changes and therefore rather fear the disadvantages. So I will start with the ones I hear most commonly:

I think you know where this could go so I spare you the rest… Let’s rather talk about the advantages now:

I think I could continue this list forever – but as I very often get the question: ‘How do you do that at all and how does it work in practice?’ I want to share my way of teaching ELEF classes instead (and I don’t claim that to be the one ‘correct’ way to do it at all!): 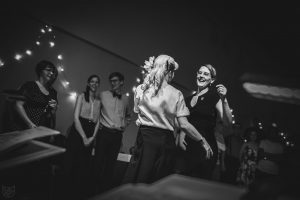 In the first ever class I let people dance alone first – when that part is done I ask them to partner up with the person next to them, no matter the gender. Then they can figure out themselves who starts dancing in which role. Easy. When I need to rotate for the first time I let the ones who just lead rotate – and this will be the persons rotating throughout the whole class. After half of the time has passed I make the whole class switch roles and teach the same material again. (Sometimes that one goes so fast and easy that there’s time left to add another layer – but I wouldn’t count on it as you never know…) When they have to rotate again it’s still the same people (now being the followers!) that have to rotate. If you would switch that part too the rotation would bring everybody back to the people they already danced with instead of towards the new ones… (No drama but impractical if you want all people to get to dance with everyone in big classes.) And that’s it. Not very complicated, right?

Side note: The one class where you finally have to explain Swing- or Toss-Out for the first time (no matter how good you built it up in the classes before) IS hard, as you have that moment where they first have to somehow fake it to get the idea of the move TWICE. You need strength to experience the helpless faces twice. But they will vanish – also twice. What a reward!

I do make them rotate after half the class and not all the time as this would be too confusing to transition from one role to the other all the time. They need to be able to dance the basics in both roles and solidly distinguish which is which before I change the way I make them rotate.

UPDATE (9/2019):
I have started to make also complete beginners switch between both roles in each couple from the first class on – and it totally works…

Good intermediate – advanced dancers:
Once they have their basics and know about the (actually quite small*) differences between following and leading I want them to be able to feel the differences between each partner and role right away. So when I explain something new, I make them switch roles immediately and in the same couple before making them rotate at all. And that’s super easy too: In the beginning of the class I let them chose their partner and role in the couple by themselves. When they have swopped roles once and it’s time to rotate I let the ones who have just lead rotate to the next partner. Then I don’t care in which role they continue as I will make them switch roles in the couple anyhow before rotating again. And it will always be the same people rotating. Not complicated at all!

* These differences get smaller and smaller the longer you dance. A dancer is a dancer above all…

How to include that into your scene – and why?
I often hear: ‘Well, that might be possible in Berlin, but in my little town it’s out of question…’ Let me tell you: I also had to fight for it here (maybe less, sure) and I did loose people because of that concept – but one thing is sure: I would rather loose these people than all of those who wouldn’t feel welcome if I wouldn’t do it my way. It is absolutely no question to me that Vintage dances have to be disburdened from obsolete gender roles and everything that comes with it. I have spent more than 10 years in this scene now and I can’t count the amount of times women cried on my shoulder in the bathrooms because of the unbearable situations they are confronted with in the swing dance scene – in which everybody acts as if it would be sooo much fun. And nothing but that. But in reality grownup women have to wait for a leader to rescue them from the wall of  follows next to the dance floor each night and all over the world. They have to tolerate being judged like a race horse before, while and after dancing if they want to get to dance at all. I could go on here as well, but whatever I could put here: the only way to help women out of this very unfair deal is to enable them to choose themselves when they want to dance, with whom and in which role. 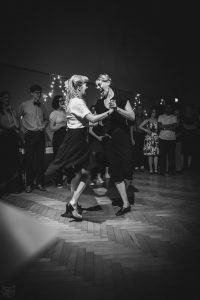 At the same time this concept does also empower the not so self secure guys that usually quit dancing quite soon after feeling humiliated in front of every follow in a traditional class (or who don’t even come to one because they fear to experience exactly that!)… Those guys share this experience with the whole class and therefore stay in the scene – and I want them to stay! I don’t want that only the bold ones with enough frustration tolerance form this scene as leaders – we all know where this leads to… I want the scene to be accessible and fun for all!

Strategies
So what I mean is: you simply have to start. The time is definitely ripe. The problems will not occur with the new beginners (they don’t even have to know that ELEF is something special) – but maybe with the older part of your scene. Because they are afraid of change and afraid to lose their status quo. So: invite them! Give them a switch roles workshop in which they can experience to learn the other role without feeling observed by others. Make it fun. Embrace failure and turn them into fun ways of switching back into their old role.
And please don’t be afraid to discuss: I once had a whole class laughing at a guy who told me I would take away his masculinity because I teach Follows to initiate stuff. I told the class to stop laughing and thanked him for sharing his point of view. And he started to understand mine.
I also had a male student yelling at me that if he had to dance with a guy again he would leave the class – I showed him the way to the door. You don’t have to embrace someone who is unwilling to embrace others. But give them time and the possibility to come back anytime…